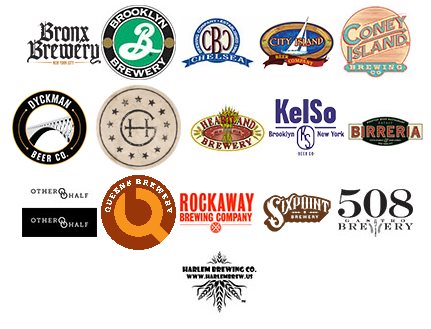 Are you a bit thirsty and ready to party in New York? The perfect excuse for a long night out with unlimied local beer is here: New York City Beer Week. Entrance is only $75 for the initial party with unlimited beer, while other events include drinks and dinner at Brooklyn Brewery. The yearly NYC craft beer festival lasts until the 28th of February, 2014.

The purpose of the Beer week in New York is to promote local brewers and raise awareness of local brewing members. 16 NY beer brands are part of the popular event, many rather unknown to a British audience. Have you heard about 508 NYC, City Island Beer or Chelsea Brewing Co before?

But can you avoid trying some of the delicious and noble boisson from smaller breweries such as Sixpoint, Gun Hill Brewing and Big Alice Brewing?

More info can be found at the official site or Twitter profile.