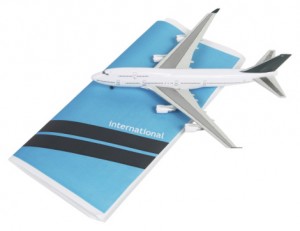 Find the Best Deals for Cheap Flights to NYC

Search and find the best flight deals to New York. Our flight specialists review and present the cheapest flights from UK to New York from all British airports. All you need to do is to search by using the box below or continue reading our guide.

Regardless if you’re looking for direct flights from UK to NYC, ways to find cheaper flights to New York, best business class flights or the latest airline deals – we got it here at NY.co.uk. We give advice about when to travel, which airlines to use, avoid and which airlines having the best on-time statistics.

When and how can I travel to New York from London?

If you live in London there are only one nearby airports offering direct flights to New York; Heathrow airport. Alternatively you can enjoy direct flights from Birmingham airport if you are prepared to travel a little. If you are prepared to stop-over the fares to New York might go down quite a bit. If you are prepared to do a short stopover in Dublin with Aer Lingus or Amsterdam you might be able to find good deals from Gatwick airport. Most flights to New York from London airports are currently available on Mondays and Fridays, while most return flights are departing back to London at Sundays and Wednesdays. There are over 220 weekly flights from London to New York. The cheapest season between London and New York City are usually April, followed by October, November and the beginning of December. On the other hand, the most expensive flights are departing in March, followed by July and August.

Other British airports with direct flights to New York?

There are many cheap Scottish flights to New York from both Edinburg and Glasgow. Direct flights from Manchester or Belfast are also available along with Birmingham as mentioned above.

Most popular airlines from UK to New York

United Airlines depart with direct flights from London Heathrow, Manchester Airport, Belfast, Glasgow, Edinburg and Birmingham airport to Newark (EWR). British Airways (BA) provides the second biggest fleet from United Kingdom to New York, departing from either Heathrow or Manchester and arriving at John F. Kennedy Airport (JFK). Other popular airlines to New York include Virgin Atlantic from London Heathrow to EWR, American Airlines and Delta Airlines. Want to learn more?
• All British airports with flights to New York (Both direct and 1 stop-over).
• All Airlines with Direct Flights to NYC from UK
• How to find the cheapest flights from UK to New York