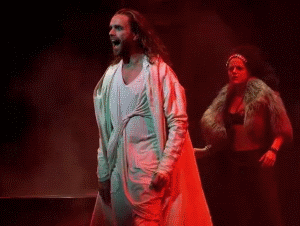 Jesus Christ Superstar is one of the most notorious (and controversial) musicals ever written.

The show can be classified as a rock opera, and as such, the central story is narrated by means of different sections, each of which is dominated by a particular song. Jesus Christ Superstar was the first rock opera turned into a musical.

Jesus Christ Superstar was first released as an album, product of the collaboration between British composer Andrew Lloyd Webber and the award- winning lyricist Tim Rice. Webber’s original intention was to produce a musical, but due to financial strains, the duo decided to record an album first. The revenues generated by the album were subsequently used to finance the stage production, which was finally staged in 1971, first in New York theatres, and later in countries like Hungary, London, Sweden, and Australia, before becoming a major success at a global scale. Two film adaptations of the musical have been released so far: one in 1973 (which was nominated to the Golden Globe Awards and was ranked as the eight most successful film of the year), and another in 2000 (which was awarded an Emmy in the category of Best Performing Arts film).

The core subject tackled by this musical production relates to the events that took place during Jesus’ last days, from his arrival in Jerusalem to his crucifixion. The play is split into two acts. The first act depicts the relationship between Jesus and Judas, who begins to express his dissatisfaction with the way Jesus is received by the crowds. The character of Mary Magdalene also makes its first appearance during the first act, and soon after, we are shown how Jerusalem’s priests discuss Jesus’ future. The act also describes Pilate’s dream of his encounter with Jesus, and Judas’ betrayal after being enticed by Caiphas’ offer.

During the second act, we are shown the events that took place at the Last Supper, including Peter’s disagreement with Jesus over his future denial. Afterwards, Jesus is arrested by Roman soldiers and taken to trial before the high priest, Caiphas. The encounter between Jesus and Pilate is also depicted during this act. Lastly, we are shown the trial before Pilate, and Jesus’ crucifixion. 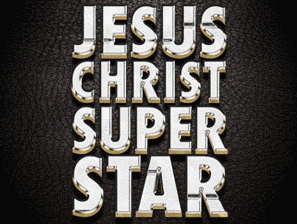 In the original play (staged in 1971), the role of Jesus was offered to acclaimed musician John Lennon, who turned down the offer. In the UK, the role of Jesus was initially played by actor and singer John Nicholas. Heavy metal singer Sebastian Bach also played that role. The Swedish production featured ABBA singer Agnetha Falkskog (although at the time she was not yet a household name in the music industry). Falkskog played the role of Mary Magdalene. French Eurovision winner Anne Marie David played the same part at the Paris show.

Some famous quotes from Jesus Christ Superstar include Caiphas’ “we’ve been sitting on the fence for far too long”, and the apostles’ “always hoped that I’d be an apostle. Knew that I would make it if I tried. Then, when we retire, we can write the Gospels, so they’ll all talk about us when we’ve died”.

In the United States, the play was given a G rating, which makes the musical suitable for the general public. Throughout the years, Jesus Christ Superstar has received consistently good ratings. On a 1 to 5 scale, the play is often rated as deserving between 4 and 5 stars. NY.co.uk give the show a grade of 4.5.

As of March 2012, the public can catch the play at the Neil Simon theatre in Broadway.

Where to find tickets to Jesus Christ Superstar in NY?

The cheapest tickets are usually available for Sundays evenings, and also for students at all performances. You can purchase theatre tickets online from www.ticketmaster.com.

There are plenty of other spectacular shows to see on Broadway. Read our reviews of Lion King, Jersey Boys, Wicked, Chaplin and Ghost to name a few.