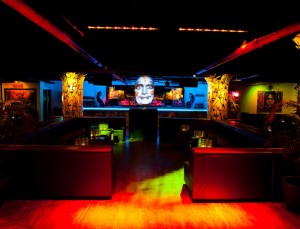 Famous NYC nightclub W.I.P has been forced to shut down by NYPD following the Chris Brown and Drake fight at the venue. It used to be an art-slathered club, quickly drawing attention among hip-hop stars such as Rihanna and her new and old partner. W.I.P, the converted warehouse nearby Holland Tunnel, was only open for 7 months before it shut down. Music played here vary between hip-hop and rock songs, turning into house music and techno late at night.

What happened between Drake and Christ Brown?

Chris Browns and Drake’s entourage got into a champagne bottle-throwing brawl, where several people were injured. San Antonio Spurs star Tony Parker suffered a scratched retina during the fight, leading him to sue W.I.P nightclub for $20 million.

Representatives for Greenhouse and W.I.P New York have told that the venues are temporarily, not permanently, closed. NY.co.uk assumes they are working hard to get permission to open it up again. After all, it’s two very popular nightclubs in NYC.