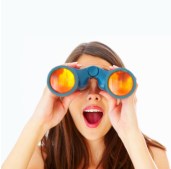 New York can be advantageously explored through different neighborhoods, such as the Upper East Side, Midtown, Little Italy, East Village, Soho, Financial district or Chinatown. Decide your travel budget before arriving or risk spending considerable more than you initially estimated. While Meat Packing District and Upper East Side are generally a bit more expensive, Brooklyn is often better value. However, it strongly depends on what you decide to do. Some of the top things to do on our list include seeing a live sports event, spend an evening at a rooftop nightclub and shopping at one of the leading department stores.

10 typical things to do in New York

1. Shopping clothes at Macys, the world’s largest department store.
2. Doing the Sex and the City tour.
3. See the Lion King Musical.
4. Take a photo of the Empire State Building.
5. Attend a sport event; either basketball, baseball or Amercian football.
6. Hearing the Nasdaq bell ring at Wallstreet.
7. Stroll around in Little Italy.
8. Fashion shopping in Meat District.
9. Eat a burger with a large milkshake from Shake Shack.
10. Visit one of the major museums, such as The Museum of Modern Art.