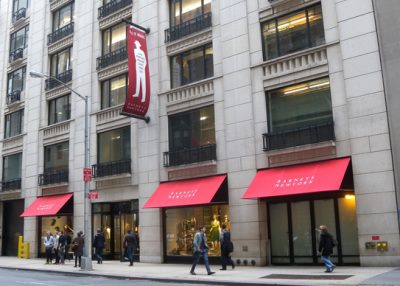 The exclusive shopping centre, Barneys New York, has been accused of racial profiling by at least two black customers the last week, reports Reuters. After purchasing an expensive fashion itemt at Barneys, Trayon Christian (a black male), was arrested. They believed he used a fake credit card and he was held in prison for several hours. A few days later, Kayla Phillips, a 21-year-old black woman, reported a similar story of racial profiling by Barneys.

Both of the accused customers are lifelong Jay Z fans and the website Change.org has set-up a petition for supporters of the case. So far, over 5775 people have signed and urge Jay Z to withdraw his own brand from the famous shopping centre in Manhattan. Many Jay Z fans think he should send a clear message that it’s not OK with racial profiling like the one apparently going on in Barneys.

Barneys NY’s CEO Mark Lee has said the shopping centre has zero tolerance for any form of discrimination. They are currently investigating what is going on and are prepared to meet up with civil rights groups next week. Jay Z himself is on a world-wide music tour and is still to respond.